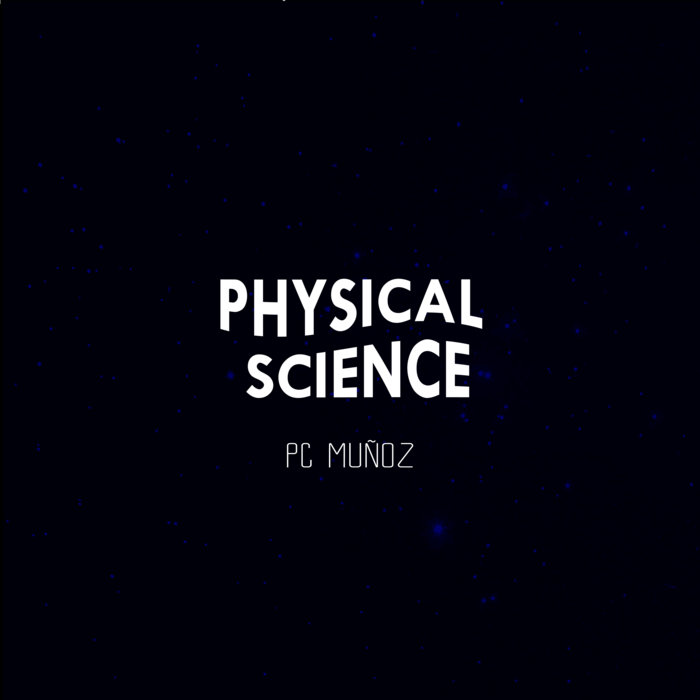 “PC Muñoz’s 'Physical Science' is an engaging and inventive soundtrack for the chaos, conflict and questions America currently faces day in and day out. It’s about observation, analysis and transcending complex issues such as race, nationality and economic disparity. One only needs to glance at current news headlines to understand the macro view Muñoz explores. Percussion is at the heart of the album, encompassing both the core instrumentation and Muñoz’s rhythmic vocal approach. The album pulses through anger, concern, hope, and determination. It’s a soulful, reality-based journey conscious individuals will glean insight and inspiration from.”
—Anil Prasad, Innerviews.org

"All of the tracks on 'Physical Science' utilize artfully arranged acoustic and synthesized sounds...this digital-only album from a highly inventive artist will move listeners and inspire musicians to seek new sources of sounds and inspiration."
-Barbara Schultz, Electronic Musician/emusician.com

"PC Muñoz is not like other drummers. Sure, he makes his drums waltz and tango; and also performs a myriad of other dances on his drums. But he can also make the instrument do what it has done for ages: he can make them talk. Listening to 'Physical Science', one will be awestruck at how the calculated and the primordially elemental comes together in a songful manner. Mr Muñoz (is) a fascinating percussion colourist and a very astute manipulator of rhythmic textures...each percussion instrument when beaten, stroked and caressed seems to recite its own poetry..."
-Raul da Gama, Jazzdagama.com

"I imagine PC Muñoz broadcasting these songs and poems in the post-apocalypse: a loving badass wanderer documenting matters of love and devastation, history by heartbeat. He stops to taste the earth, buy a faded lottery ticket with no chance to win, looking not backwards but forwards for the ancestors. Lend him your ears: there is no better use for them."
-Bao Phi, 2018 Caldecott Medal winner, award-winning poet/spoken-word artist

“'Physical Science' is a creative and sonically engaging experience...Muñoz impressively translates the current socio-political frustration into an audible journey. His music is in a category all of its own---undefinable and refreshingly unique."
- Clarissa Gines, iexaminer.org.

"Against a musical bed that seamlessly incorporates hip-hop, jazz, industrial, and percolating, sinewy electronic flourishes, just for starters, PC Muñoz’s 'Physical Science' is a powerful state-of-now musical work. Cinematic in musical scope and feel, it molds autobiographical lyric detail into biting commentary on identity (race, class, family; what it means to be American and “of color,”) and the volatile moment we’re all trying to live through with as much heart and humanity intact as possible. John Donne and Chuck D. are among the cultural stalwarts who get shout-outs as Muñoz wrestles with what it means (as son, husband, father, friend, artist) to live in an empire on its last legs. Best track in the impressive collection: 'Who Will Bury Me?' – a sparse, wrenching hymn in which Bryan Dyer mournfully croons the title over and over. It’s impossible not to think of the parents of the countless Black and Brown youth who’ve been slain by the police (who are not held accountable) and those who almost daily have to bury children who’ve been victim of some mass school shooting. Muñoz and Dyer distill that unfathomable grief to its essence, and the result is harrowing art."
-Ernest Hardy, author of "Bloodbeats Vol.1: Demos, Remixes, & Extended Versions", PEN America Beyond Margins Award Winner, LA Weekly critic

"Once again, PC Muñoz has presided over a marriage of acoustic and electronic instruments and effects that not only desegregates them, but eliminates any divisive prejudice against either. In the process, he makes good music and conveys vital messages, effecting an electro-acoustic buzz throughout the listener’s nervous system."
-Jeff Kaliss, jazz/classical music writer, author of the definitive “I Want to Take You Higher: The Life and Times of Sly Stone”

"It would be too easy to describe PC Muñoz’s musicianship as virtuosic, disciplined, daring, and brave. His music, and his approach to it, forces us to reckon with ideas outside of the realm of music. From the bluesy, haunting, almost prison work song voice of Bryan Dyer on 'Who Will Bury Me?' to 'Big Winner's' woozy calliope sounds, 'Physical Science' is not only among Muñoz’s best, it is deserving of your full immersion into the aural world he has created."
-Shawn Taylor, author of "People's Instinctive Travels and the Paths of Rhythm" for the 331/3 series and "Big Black Penis: Misadventures in Race and Masculinity"

"PC Muñoz's ‘Physical Science’ is everything I need when it comes to music--mature, relevant , and on time!"
-Keith Knight, Gentleman Cartoonist, inspiration for HULU series “WOKE”

*Oboe/cor anglais arrangements on "Motion" and "Abyss" by Kyle Bruckmann, vocal arrangement on "Who Will Bury Me?" by PC Muñoz and Bryan Dyer

"Physical Science", "Ricochet", and "Who Will Bury Me?" recorded and mixed by Gabriel Shepard at 25th Street Recording, Oakland, CA

All my love and gratitude to Belinda and Miguel.

Deepest appreciation to my parents.